The firewall can easily be enabled or disabled directly inside your account.

You’ll find the WAF options inside the security tab. Click through to ModSec and here you’ll find the toggle to enable or disable the ModSec WAF:

Note that you can only activate one WAF at a time, so if you have another turned on, you’ll first need to deactivate it to enable ModSec.

Turn on ModSec WAF via CLI

Enable the ModSec firewall where {site.url} is your WordPress site’s primary domain.

Turn off Modsec WAF via CLI

Disable the ModSec firewall where {site.url} is your WordPress site’s primary domain.

The ModSec Waf can be tuned per site by adjusting two of its configuration values, the Paranoia Level and the Anomaly Threshold. This can also be done directly inside your GridPane account as well as via CLI (details below).

Paranoia level 4 further restricts special characters. The highest level is advised for experienced users protecting installations with very high security requirements. Running PL4 will likely produce a very high number of FPs which have to be treated before the site can go production live.

The anomaly threshold is where you can specify at which cumulative anomaly score an inbound request, or outbound response, gets blocked. Most detected inbound threats will give a critical score of 5.

You can increase your threshold to allow for a less secure firewall, however in such circumstances some attacks may bypass the CRS rules or your own configured policies. Having said that it is a common practice to start a fresh CRS installation with elevated anomaly scoring thresholds (>100) and then lower the limits as your confidence in the setup grows. 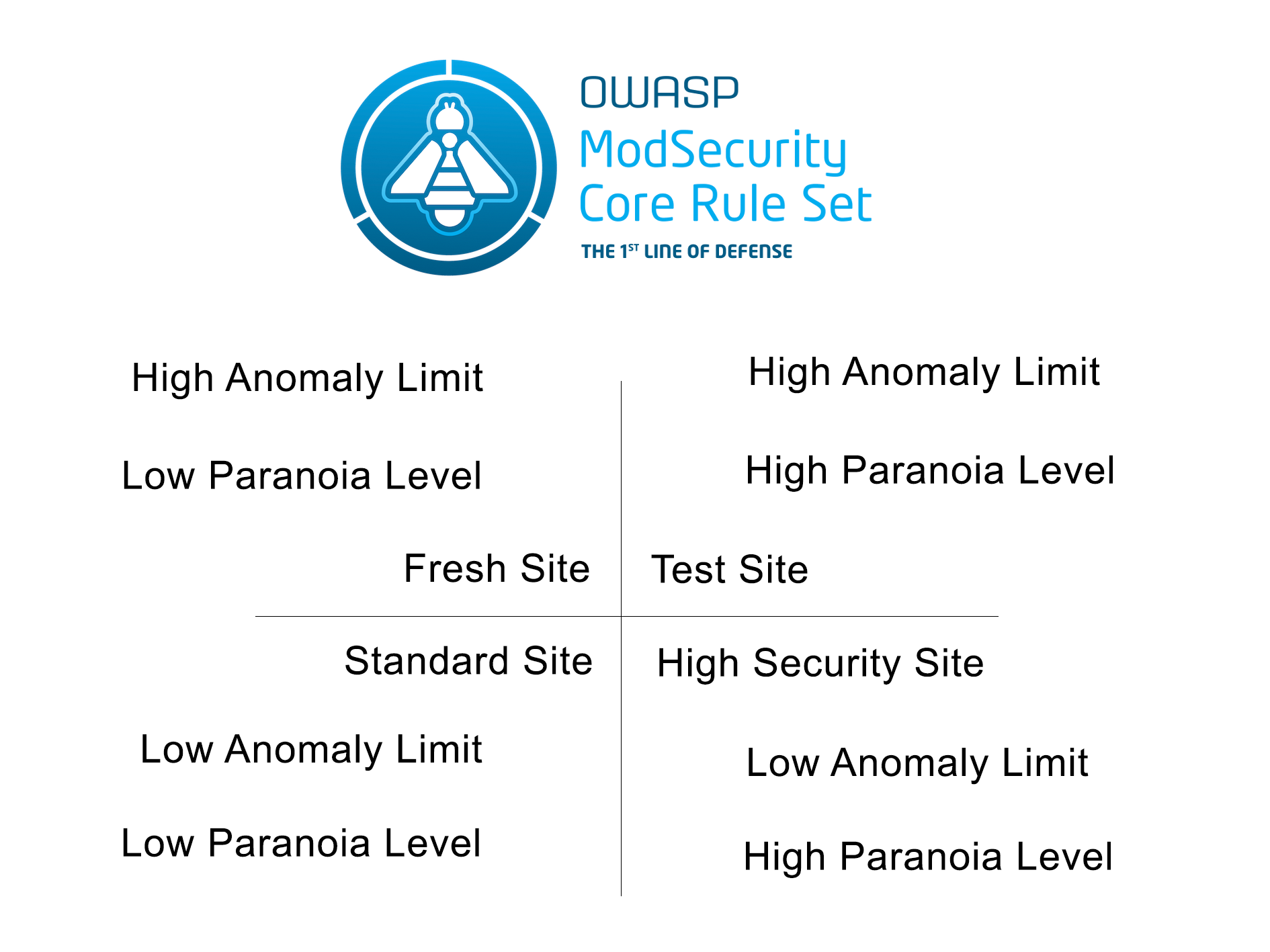 The audit log index can be found on the following site specific filepath, where {site.url} is replaced by your site’s primary domain:

The ModSec firewall can be tuned with exceptions and whitelists, more details can be found here.